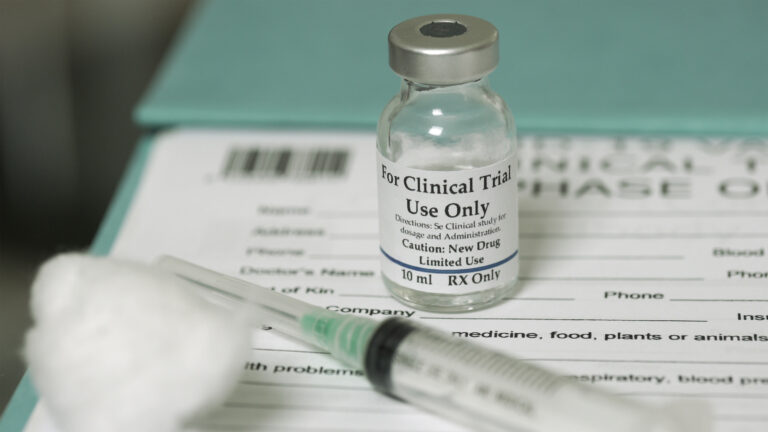 Increasing the diversity of clinical trial participants is all the rage these days. The numbers tell the story: According to Food and Drug Administration data, in 2020 75% of trial participants were white, 11% were Hispanic, 8% were Black, and 6% were Asian. Given those numbers, regulators and sponsors are trying to broaden the recruitment of people from different racial and ethnic groups.

But one thing is missing: a clear explanation of why this is important.

Consider a few of the recent announcements calling for greater diversity among clinical trial participants.

The FDA is recommending that sponsors include a plan to increase diversity when proposing clinical trial designs for investigational products. The agency has published draft guidance, “Diversity Plans to Improve Enrollment of Participants from Underrepresented Racial and Ethnic Populations in Clinical Trials,” and recommends that sponsors submit a “Race and Ethnicity Diversity Plan” when submitting an application for an investigational new drug, a biologics license, or an investigational device exemption. The FDA says it will consider the plan “an important part” of the product’s development program.

According to Food and Drug Administration data, in 2020 75% of trial participants were white, 11% were Hispanic, 8% were Black, and 6% were Asian.

The American Society of Clinical Oncology and the Association of Community Cancer Centers have issued a call to boost participation rates among racial and ethnic minority populations who have been historically underrepresented in cancer studies. The organizations are asking the research community to demonstrate a clear commitment to improving equity, diversity, and inclusion in clinical cancer trials.

The private sector is on board as well. Walgreens is launching a clinical trial business, hoping to increase racial and ethnic diversity among participants in drug research. The company says it will be able to leverage its national network of “owned and partner digital and physical assets,” whether they are in-person, virtual, or in patients’ homes, to boost diversity.

Johnson & Johnson just announced a $5 million deal with Stand Up To Cancer that aims to boost diversity in early-phase clinical trials. The agreement will help fund four groups of researchers across the U.S. working to remove barriers to enrolling more patients, especially those in medically underserved communities.

Pfizer is also pushing for diversity as it teams up with Headlands Research, a private equity-owned trial site network, to look for new research sites in diversely populated areas. Pfizer also began an ad campaign to increase clinical trial participation in the Black community.

To be sure, therapies may differ in their safety and effectiveness for different patients. That is obviously an important concern. But what does it mean for expanding participation in clinical trials?

Should the incidence of disease among groups guide where expansion efforts focus? If small racial or ethnic groups in the U.S. might respond differently than larger groups, is there any real chance of recruiting enough Arab Americans or Native Hawaiians to reveal such differences? It seems to me to make more sense to do studies in China, Vietnam, Thailand, Laos, Japan, Cambodia, and South Korea rather than seeking to increase the small numbers of people in America with these backgrounds under the “Asian” banner in trials if the goal is to find out whether differences exist in these groups.

Another rationale given for increasing diversity is that all Americans ought to have access to the benefits of clinical trials. But this is an odd rationale: being in an experiment is not usually thought of as a benefit. With the failure rates of trials between 80% and 90%, offering benefits to wider communities seems unfounded. If the idea is instead to ensure that all Americans benefit from the positive findings of research, then merely enrolling more people from diverse backgrounds in trials does little to ensure access for the poor, the uninsured, and the underinsured after a successful trial has been completed — the access that really matters to many Americans.

There is yet another unexplored challenge amid all the calls for diversity: the continued use of outdated racial categories to measure inclusivity. In an age of precision medicine and exploding knowledge of genetics, it hardly makes sense to talk about “Asian,” “Black,” “Hispanic,” and “white” as monolithic biological classes. The notion that categories based on grim histories of racism and prejudice ought to guide subject recruitment in an era of multiracial identity, known genetic variability within groups, and wide genetic variation in the social categories being invoked is outdated and inaccurate.

Clinical trials in the U.S. have long skewed toward recruiting mostly white people. That justifies closely examining what this means for non-white people. In fact, it justifies rethinking what we mean by diversity.

In an era of sophisticated genetics defining ideas about race and ethnicity, using unscientific categories unique to America makes little sense. And pointing toward access to trials as a benefit to justify efforts at diversity when so many Americans are uninsured or saddled with crippling medical debt that mean they cannot access the breakthroughs of research makes even less sense.

Arthur L. Caplan is professor of bioethics and the founding head of New York University Grossman School of Medicine’s Division of Medical Ethics.

We use cookies on our website to give you the most relevant experience by remembering your preferences and repeat visits. By clicking “Accept”, you consent to the use of ALL the cookies.
Do not sell my personal information.
Cookie SettingsAccept
Manage consent

This website uses cookies to improve your experience while you navigate through the website. Out of these, the cookies that are categorized as necessary are stored on your browser as they are essential for the working of basic functionalities of the website. We also use third-party cookies that help us analyze and understand how you use this website. These cookies will be stored in your browser only with your consent. You also have the option to opt-out of these cookies. But opting out of some of these cookies may affect your browsing experience.
Necessary Always Enabled

Performance cookies are used to understand and analyze the key performance indexes of the website which helps in delivering a better user experience for the visitors.

Analytical cookies are used to understand how visitors interact with the website. These cookies help provide information on metrics the number of visitors, bounce rate, traffic source, etc.

Advertisement cookies are used to provide visitors with relevant ads and marketing campaigns. These cookies track visitors across websites and collect information to provide customized ads.

Other uncategorized cookies are those that are being analyzed and have not been classified into a category as yet.