The Demo Day is the perfect venue to discover disruptive startups run by minority founders. 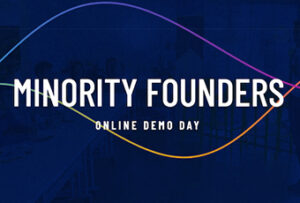 KiwiTech, a tech startup accelerator that helps early to growth-stage startups in their product development, drive traction and access capital, announced that it will host the 4th edition of its Minority Founders Demo Day on May 14, 2020, virtually for the first time.

Since 2017, KiwiTech has organized Demo Days to create networking opportunities for startups and investors. The company launched its first Minority Founders Demo Day in early 2019 in Atlanta GA with a mission to encourage an inclusive mindset, with the hopes of creating a ripple effect of awareness around the success of minority and women-led businesses.

KiwiTech believes that real innovation is inclusive. “At KiwiTech, we are committed to raising awareness of the fundraising challenges of diversity founders. Our exclusive Demo Days for minority founders bring together minority-founded startups within our portfolio and investors from our network who share the same vision,” said Rakesh Gupta, Co-Founder and CEO of KiwiTech.”

“As part of our deep social commitment to ensure the safety of all our entrepreneurs, investors, and staff amid the COVID-19 pandemic, we moved all our Demo Days to the online format. May 14th will mark our first-ever online version of our Demo Day for Minority Founders.”

It is inspiring to bring together strong stakeholders, such as our entrepreneurs, panelists, and allies on our Thursday event, who believe in the mission of amplifying the numbers, the diversity, and the impact of underrepresented entrepreneurs and share their stories to drive the economic empowerment of the community at large. I look forward to hosting our Thursday event with my colleagues

The Demo Day will feature a panel discussion to fuel empowerment from both the entrepreneurial and investor community. Jessica CHIN FOO, Sr. Director of Strategic Partnerships, will be moderating the panel discussion. She’s an advocate for diversity inclusion in the KiwiTech innovation ecosystem, mentors’ startups for their diverse partners like Bunker Labs, StartOut Accelerator, and Founder Institute.

Three amazing funds which share KiwiTech’s vision have joined as partners of the event to participate in the panel discussion – including Gabby Cazeau, Sr. Associate, Harlem Capital Partners, a VC fund based in New York on a mission to invest in 1000 diverse founders in the next 2 decades; Christie Pitts, General Partner, Backstage Capital, with over $7M investment into 120+ companies led by underrepresented founders; and Dr. Carlos S Baradello, General Partner, Sausalito Ventures and Alaya Capital Partners, seasoned entrepreneur, advisor and investor with decades of experience enabling Latin American ventures to scale globally.

They will share their thoughts on “Supporting Minority Founders During the Crisis” and aiming to increase capital infusion towards diversity entrepreneurs in these unprecedented times.

“It is inspiring to bring together strong stakeholders, such as our entrepreneurs, panelists, and allies on our Thursday event, who believe in the mission of amplifying the numbers, the diversity, and the impact of underrepresented entrepreneurs and share their stories to drive the economic empowerment of the community at large. I look forward to hosting our Thursday event with my colleagues,” said Jessica CHIN FOO.

“Empowerment, opportunity, and inclusion are critical for innovation, for progress, and ultimately for our success. We are honored to be working with KiwiTech to support and spotlight talented minority entrepreneurs and underrepresented communities, not just on Demo Day but every day,” mentioned Hans Koch, Founder of MYXR, sponsoring partner for the live performance by Grammy Award-winning super producer Jerry Wonda.

Jerry ‘Wonda’ Duplessis is a dynamic, Grammy Award-winning, multi-platinum super music producer, entrepreneur, and philanthropist. He is one of the most successful, highly regarded, and musically adept producers to emerge from the hip-hop era since the early 1990s.

Born in Croix-des-Bouquets, Haiti, and soon after migrating to the US at the age of 16, he discovered his love for music when he learned to play bass guitar, initially at church. This was the seed planted for what would become a stellar music career including 3 Grammy Awards, over 15 Grammy nominations, a publishing catalog of 300+ titles, and 300+ million single and album copies sold.

We use cookies on our website to give you the most relevant experience by remembering your preferences and repeat visits. By clicking “Accept”, you consent to the use of ALL the cookies.
Do not sell my personal information.
Cookie SettingsAccept
Manage consent

This website uses cookies to improve your experience while you navigate through the website. Out of these, the cookies that are categorized as necessary are stored on your browser as they are essential for the working of basic functionalities of the website. We also use third-party cookies that help us analyze and understand how you use this website. These cookies will be stored in your browser only with your consent. You also have the option to opt-out of these cookies. But opting out of some of these cookies may affect your browsing experience.
Necessary Always Enabled

Performance cookies are used to understand and analyze the key performance indexes of the website which helps in delivering a better user experience for the visitors.

Analytical cookies are used to understand how visitors interact with the website. These cookies help provide information on metrics the number of visitors, bounce rate, traffic source, etc.

Advertisement cookies are used to provide visitors with relevant ads and marketing campaigns. These cookies track visitors across websites and collect information to provide customized ads.

Other uncategorized cookies are those that are being analyzed and have not been classified into a category as yet.